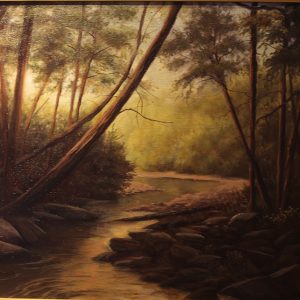 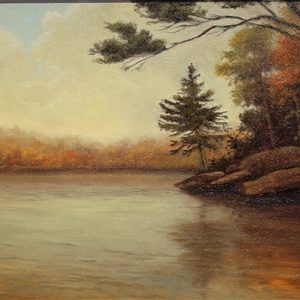 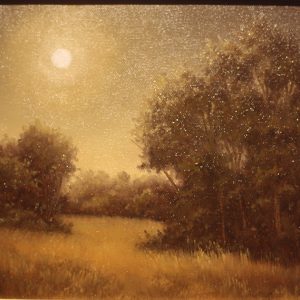 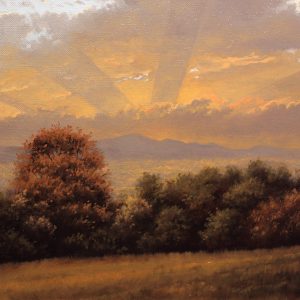 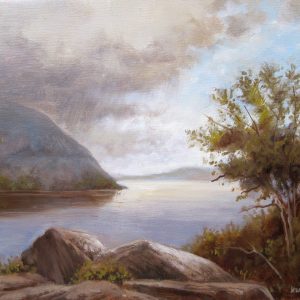 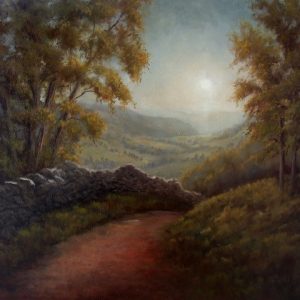 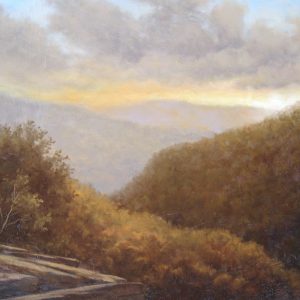 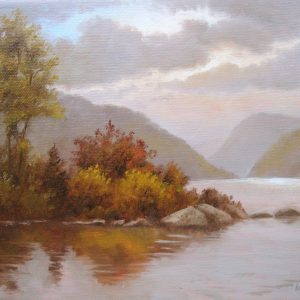 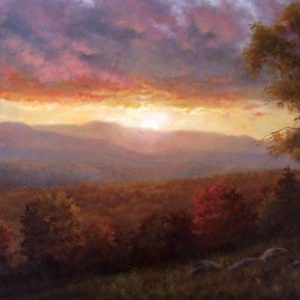 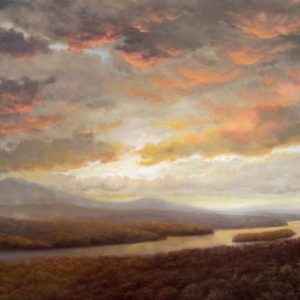 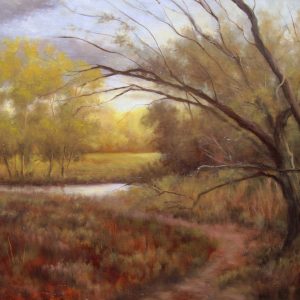 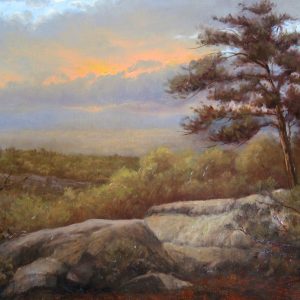 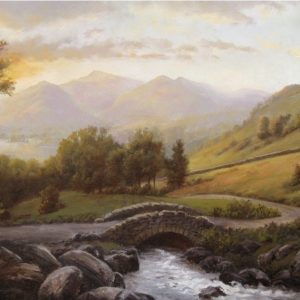 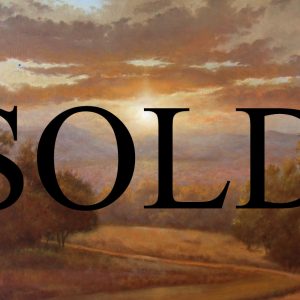 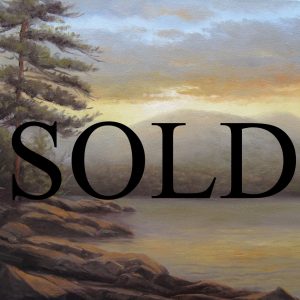 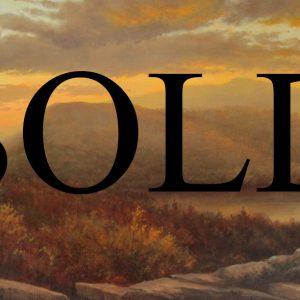 Kevin Cook Cook is an accomplished landscape painter whose style is strongly influenced by Hudson River School artists of the nineteenth century.  He was recently named a Painting Fellow by New York Foundation for the arts, and has subsequently been invited to serve on NYFA’s Artist’s Advisory Committee.  He is a Guest Educator at the Samuel Dorsky Museum in New Paltz. Cook is from a rural community surrounded by farms and gentle woodlands in upstate New York.  His love for painting began with a favorite childhood art teacher, taking shape with his growing appreciation for the natural world around him.  He attended the State University of New York at New Paltz, gaining a B.S. in Art Education.  There that he discovered the work of the Hudson River School, and that of English Romanticist John Constable, feeling an immediate identification with their work and ideals.  This was unusual at a time when abstract expressionism filled galleries. After a brief teaching stint, Cook returned to his first love of painting.  While employed at the Mohonk Mountain House, a Victorian resort located in New Paltz, Cook’s vision of nature and romanticism matured to its present state.  Mohonk’s storied past and the surrounding Shawangunk Mountains’ rugged terrain deeply inspires Cook and he gradually developed his style of painting as a means of communicating his spiritual connection to the landscape of this region.