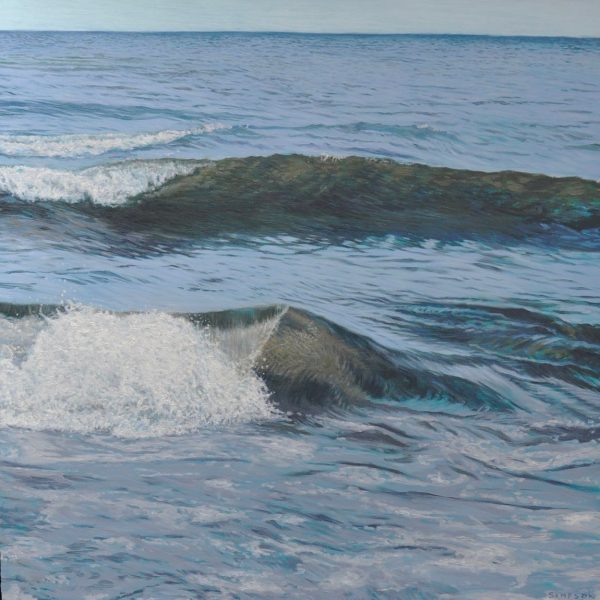 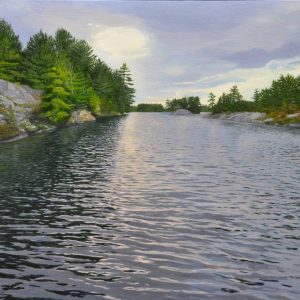 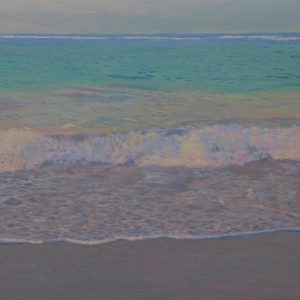 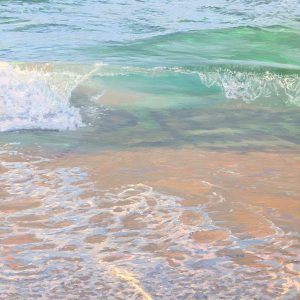 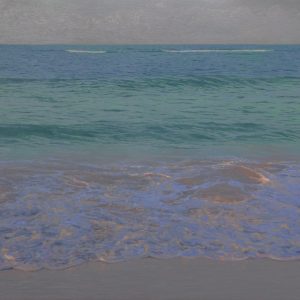 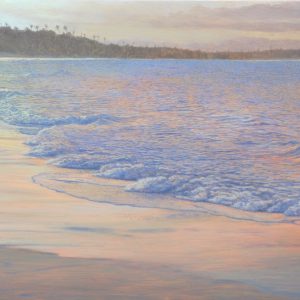 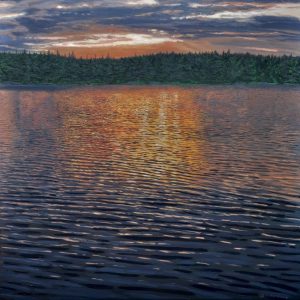 Joseph Sampson graduated from the Ontario College of Art in 1995. After OCA, he began freelancing as an illustrator while continuing to paint. Painting quickly became his sole occupation.

Joe’s portfolio is comprised of a variety of scenic imagery, and is currently focused on waterscapes. Drawn to shorelines, beaches, lakes, oceans and streams, Joe uses water imagery to depict the dichotomy between movement and immobility. A detailed understanding of light’s ability to create color, shadow and tone is utilized to set mood in each painting. Whether the focus is cold, warm, tranquil or angry, waters’ magnificence strikes the viewer and an emotional response is evoked. This is due, in part, to the large scale of the work.

From a distance, the viewer is drawn towards what appears to be a photograph. Upon closer inspection, brushstrokes are revealed and the observer is made aware of the meticulous layers of brushwork, resulting in the illusion that the viewer is still for an instant, at the waters’ edge.